04.07.2013. 15:14 An exhumation was carried out at the location of Gornja Barica, on July 3, 2013 under the supervision of an Investigator of the Prosecutor’s Office of BiH. Fragmented skeletal remains were unearthed but at this point it is not clear whether the remains belong to one or several persons. 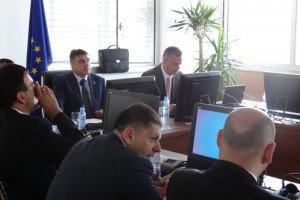 03.07.2013. 15:05 The accused Elsan HASANOVIĆ concluded an Agreement on Admission of Guilt for the criminal offence of Illicit Trafficking in Narcotic Drugs under Article 195, Paragraph 1 of the Criminal Code of Bosnia and Herzegovina.

02.07.2013. 15:07 The accused Spomenko RAGUŽ concluded an Agreement on Admission of Guilt for the criminal offence of Illicit Trafficking in Narcotic Drugs under Article 195, Paragraph 2  in conjunction with Paragraph 1 of the CC BiH.

01.07.2013. 15:02 Prosecutor of the Department III has issued an Indictment against E.H., born on 06 June 1987 in Tuzla, resident of Srebrenik Municipality, citizen of BiH, for the criminal offense of Customs Fraud. 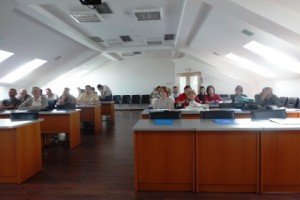 26.06.2013. 15:32 These activities pertain to searches and deprivation of liberty of a person suspected of the criminal offenses of Counterfeiting of Money and Illicit Trafficking in Narcotic Drugs.

26.06.2013. 10:02 Pursuant to the Order issued by a Prosecutor of the Department III of the Prosecutor’s Office of BiH, authorized law enforcement officers of the BiH State Investigation and Protection Agency – SIPA and members of the Indirect Taxation Authority of BiH - Sarajevo Regional Center, assisted by authorized police officers of the Ministry of the Interior of the Central Bosnia Canton, are conducting investigative activities at the three locations in the territory of the municipalities of Fojnica and Kiseljak, aimed at detection and criminal prosecution of persons suspected of criminal offenses of Tax Evasion or Fraud, as referred to in Article 210 of the Criminal Code of BiH and Unauthorized Storage of Goods, as referred to in Article 210b of the same Code.