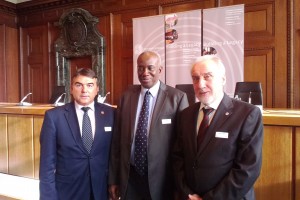 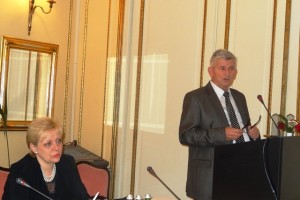 08.11.2013. 14:27 The accused Mirela Ramdedović, from Sarajevo, pleaded guilty to the charges of continued criminal offense of Customs Fraud under Article 216, Paragraph 2 in conjunction with Article 54 of the Criminal Code of BiH and entered into a plea agreement with the Prosecutor of Department III within the Prosecutor’s Office of BiH.

07.11.2013. 14:56 Prosecutor of the Special Department for Organized Crime, Economic Crime and Corruption of the Prosecutor's Office of BiH filed a motion for remand in custody and imposure of prohibiting measures for persons who were deprived of liberty by authorized officers of the RS MoI and the HNC MoI in Trebinje, Mostar and East Sarajevo in the early morning hours of  November 6, 2013 during the course of the operation codenamed "Poskok."

07.11.2013. 14:54 An exhumation was carried out in Srebrenica municipality resulting with the uncovery of skeletal remains of the victims killed during the past war.